Wounded. A day or two passed before Jane had courage to speak of her feelings to Elizabeth; but at last, on Mrs. Bennet’s leaving them together, after a. 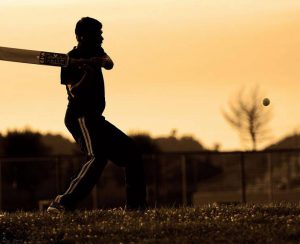 Immobile. “We have to try and get rid of it”, said Gregor’s sister, now speaking only to her father, as her mother was too occupied with coughing to listen, “it’ll be the death of both of you, I can see it coming. We can’t all work as hard as we have to and then come home to be tortured like this, we can’t endure it. I can’t endure it any more.” And she broke out so heavily in tears that they flowed down the face of her mother, and she wiped them away with mechanical hand movements. “My child”, said her father with sympathy and obvious understanding, “what are we to do?” His sister just shrugged her shoulders as a sign of the helplessness and tears that had taken.

But Jane was to go home with her, and at Longbourn there would be leisure enough for observation. It was not without an effort, meanwhile, that.

Only taught me to be vain.” “Well, I am punished for that, Dorianor shall be some day.” “I don’t know what you mean, Basil,” he exclaimed, turning round. “I don’t know what you want. What do you want?” “I want the Dorian Gray I used to paint,” said the artist sadly. “Basil,” said the lad, going over to him and putting his hand on his shoulder, “you have come too late. Yesterday, when I heard that Sibyl Vane had killed herself” “Killed herself! Good heavens! is there no doubt about that?” cried Hallward, looking up at him with an expression of horror. “My dear Basil! Surely you don’t think it was a vulgar accident? Of course she killed herself.” The elder man buried his face in his hands. “How fearful,” he muttered, and a shudder ran through him. “No,” said Dorian Gray, “there is nothing fearful about it. It is one of the great romantic tragedies of the age. As a rule, people who act lead the most commonplace lives. They are good husbands, or faithful wives, or something tedious. You know what I meanmiddle-class virtue and all that kind of thing. How different Sibyl was! She lived her finest tragedy. She was always a heroine. The last night she playedthe night you saw hershe acted badly because she had known the reality of love. When she knew its unreality, she died, as Juliet might have died. She passed again into the sphere of art. There is something of the.